It is not that easy to grasp our unique patented idea, invention and products based on Quantum Physics background. Here is a platform to bring it closer to you. Ask a question and we will try to respond to it.

It started with an observation and a question. The kids noticed that if they slept with their mobile phones near their heads at night, they often had difficulty concentrating at school the next day.

It has been shown that the children’s organism is more sensitive to this kind of exposure than the adult one.

and The #1 Global Killer

All WiFi sources work 24/7 affects you the same way during the day and at night. Night is worst; your body is resting, recovering and preparing energy for the next day. All WiFi passing through your home affect that.

At school: If teachers are suffering from passing through classroom WiF what will be with your child?  Talk to school principal and teachers to protect one classroom to test and prove protection. It will be not expensive in comparison to damage to the kids. In addition, you will have "1 year money back warranty" For more information contacts us by form located on the bottom of this page below "References" or here.

At home: Your family suffers from WiFi from your own equipment and from surrounding your home neighbours' Smart Meters, Routers, Cell Phones and other WiFi sources. Dealing with them requires two steps.

Step 1 - Total protection - this protect against all incoming from your neighbours WiFi.

Step 2 - Your own equipment need to be protected too.

In addition, you will have "1 year money back warranty" For more information contacts us using form located on the bottom of this page below "References" or here. It started with an observation and a question.

The girls noticed that if they slept with their mobile phones near their heads at night, they often had difficulty concentrating at school the next day. They wanted to test the effect of a cellphone's radiation on humans, but their school, Hjallerup School in Denmark, did not have the equipment to handle such an experiment. So the girls designed an experiment that would test the effect of cellphone radiation on a plant instead.

Over the next 12 days, the girls observed, measured, weighed and photographed their results. By the end of the experiment the results were blatantly obvious — the cress seeds placed near the router had not grown. Many of them were completely dead. Meanwhile, the cress seeds planted in the other room, away from the routers, thrived.

The difficulty is that once installed in schools, they are switched on constantly. Whether the children are using them or not, they are exposed to that level of radiation.

In the past few years, iPad has become many adults’ best friend and children’s babysitter. It is used as a computer, eBook reader, camera, video/music player, word processor, communication device, drawing tool, game pad, and more.

When WiFi+3G iPad was introduced to the market, technicians discovered not three but five antennas, including the frame of the LCD screen being a giant antenna.

This means if you don’t handle the iPad exactly as instructed, the RF radiation can exceed governments’ limits for human exposure. Unfortunately, most parents and teachers have no idea about this, and have never communicated the manufacturer’s instructions to children who are using iPads.

Some studies have shown a decrease in cognitive ability** with exposure to mobile phone electromagnetic fields (especially chronic exposure; eg. Maier et al., 2004 - human; Nittby et al., 2008 - young rats, very low powers, exposure 2h/week for 55 weeks). Other studies have shown no effect; some acute studies have found improvements in cognition (Lai, 2007). The question of whether it is desirable for a technology which should be assisting with education to be having a detrimental effect on cognitive ability in some circumstances needs to be asked. More examples and detail in 'Scientific Research'.

Apparently, WiFi is the new mold. In central Ontario parents are lobbying the school to turn off the WiFi due to fears that it is making their children sick. You can take the news report of the parents concerns, time-warp about ten years in the past, and substitute “mold” for “WiFi” – the arguments are the same, and the evidence as weak, but the identified problem has just shifted.

Some parents in the Barrie, Ont., area say their children are showing a host of symptoms ranging from headaches and dizziness to nausea and even racing heart rates.

Within the last few months there was a rash of illnesses in a local high school. Memory loss, dizziness, sleepiness, nausea, skin rashes. This was also a brand new school, in which construction continued on one wing. They shut down one wing, had multiple environmental quality tests that showed nothing, and eventually reopened it and said people were imagining it. A few people switched schools.

But the damning problem is that there is a university in Ontario that shut down the WiFi on campus. The president of the U who made the decision is a biologist. His position was – until its been proven safe, lets just be precautionary since WiFi is a convenience. That sounds sort of reasonable, if you don’t know the evidence. But the problem is – he represents a figure of scientific authority to lots and lots of confused people, who are going to see his action as an indictment on wifi.

The German teachers' Union for Education and Knowledge (GEW, Gewerkschaft Erziehung und Wissenschaft) has told its members to resist the rollout of WiFi into schools in Germany on safety grounds. The GEW Union in Hesse has proposed 'Due to possible effects on school performance, a healthy school should not only be smoke free, but also allow teachers and students to teach and study in a radiation free environment' .

Most Canadian school boards are introducing WiFi, but at a slower rate than Peel – slower not because of concern about exposure, but because installation is more complicated in older schools with thicker walls. Toronto’s school board aims to have at least partial WiFi in all its schools by 2016, and is adding zones regularly. Because WiFi exposure has been deemed safe in Canada, the expansion proceeds without notification.

WiFi routers, wireless laptops and tablet computers (iPads) emit man-made pulsed digital microwave radiation. Hundreds of peer reviewed studies show that this type of microwave radiation has serious biological effects. Schools, public libraries and communities throughout the world are starting to dismantle wireless systems and are returning to wired technology because of an increase in headaches, fatigue, tinnitus, heart palpitations, memory and concentration problems and ADD/ADHD among children and adults.

"There is consistent emerging science that shows people, especially children are affected by the increasing exposure to wireless radiation. In September 2010, theJournal of the American Society for Reproductive Medicine ‐ Fertility and Sterility reported that only four hours of exposure to a standard laptop using WiFi caused DNA damage to human sperm.".

''Adverse health effects from wireless radio frequency fields, such as learning disabilities, altered immune responses, and headaches, clearly exist and are well documented in the scientific literature. Safer technology, such as use of hardwiring, is strongly recommended in schools”.

We already know, for example, that WiFi radiation generated by cell phones penetrates the less protected, and still developing, brain of a child to a much greater degree than it does an adult. We also have research that shows cell phone bases provoke cardiac arrhythmias. Plus, the studies continue to roll in.

Solution is described on pages listed below. Depends on your observations you should have

It is much more than simple unhappiness. It can be related to ... more

Impotency, lack of desire, low libido or lack of it, no enjoyment, decreased feelings, sex frustrations and discomfort, lack of consist, pregnancy and miscarriage, infertility and others sex life related problems may be caused by ...   more

Adrenal fatigue is a term describing fatigue and other symptoms as related to a poorly working adrenal glands in correlation with mental, emotional, or physical stress

(according to common knowledge).

Unfortunately in background of adrenal fatigue is different and very powerful ... more

Removing the cause is the best option for prevention, permanent protection and recovery. more

It refers to feelings of worry, nervousness, apprehension, or fear commonly experienced by people when faced with something they view as challenging (that is all what provides common knowledge).

Here is the evidence that in background of anxiety maybe is exposition to ... more

The causes of CFS aren’t well-understood. Some theories include viral infection, psychological stress, or a combination of factors.

Here is a proof that the cause is based on exposition to ... more

Here is a proof that in background of fibromyalgia is a different and very powerful factor ... more

It is the most common sleep complaint. It occurs when you have trouble falling asleep or staying asleep even though you had the opportunity to get a full night of sleep.

Here are evidence that in background of Insomnia maybe exposition ...  more

If teachers are suffering from passing through classroom WiF what will be with your child? ,,,    more

Is Wi-Fi Safe for Children?

Beware of Health Risks Doctors and Scientists around the world have warned against unnecessary exposure of children to ...   more

Still, it is often misdiagnosed and misunderstood. In other words - NOBODY KNOWS WHAT IT IS - but it is! They are symptoms of exposition to ...  more

While some of the health effects of the wireless revolution are immediately apparent to sensitive populations, most people seemingly feel fine when using ... more

There is a lot of talk with a lot of numbers and it sure seems like they are saying "it is safe". Many of us have no medical ...   more

Why I am Always Tired?

Why I am Constantly Sick?

Why I have Constantly Returning Illnesses?

We do not know if or to which extent the EMF radiation alters the physiology of normal, healthy organisms.

The situation became more complex with Wi-Fi technology – global experiment with the influence on children, pregnancy, on aging adults or sick ... more

What is wring with Smart Meter?

I began to experience severe headache and eye pain in end of July, beginning of Aug. I have seen my PCP, ENT, Ophthalmologist, Neurologist and Neurosurgeon who have not been able to determine the origin. The neurologist is my fiancee and he says it could be migraines but not typical, as I have pains shooting ...   more

As little as 2 mG has been linked to leukemia.

Under power lines, I have personally measured 10 mG. It can be way higher depending on whether the line is operating at capacity. In front of my house, the line is buried under the sidewalk. The utility guy told me he can tell where the line is by just following his gauss meter reading. I avoid the sidewalk but people push their baby strollers over it …   more

When traveling or flying, you should wear the Traveler's Peace Ball (if you do not have a regular Peace Ball) AN-8CV-travel. It protects you against all types of EMFs, making you less tired and refreshes you through long journeys or flights; protecting against Jet Lag, stiffness and . . .   more

Now open to the public: 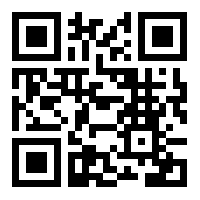 Are you searching for:

Here are answers and solution you are looking for.

Are you searching for:

Here are answers and solution you are looking for.